All races up to 30th June now cancelled

British Canoeing has suspended all events as a result of Coronavirus. MORE>

Forth Canoe Club has decided to cancel the Grandtully Div 1 Slalom August 2020.

Return to Paddling in England Wednesday

The easing of lockdown measures in England has paved the way for paddling to start again in England, so long as government guidelines around social distancing are followed and the waterways authorities have opened up their waterways. Different rules may apply in Wales, Scotland and Northern Ireland.

Given the current uncertainty the Committee has extended the deadline for the 2021 calendar. This is in the hope that we may get improved clarity around international competitions to set the date for selection, as well as some thinking time to work out strategies for the 2021 season.

Online Calendar Applications for 2021 are now live at
https://www.canoeslalomentries.co.uk/year/2021/calendar-applications/calendar

The deadlines for applications are:

All other events by 1st July 1st September 2020 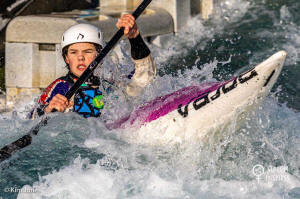 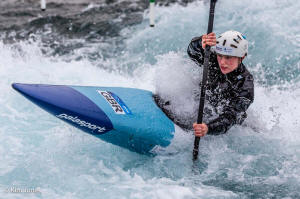 We are happy to publish a miniature on this page, linked to your bigger poster. The miniature will be small. Keep pictures and text big and bold!

If you send your bib application in anything larger than a C5 envelope, or if it is a small envelope and the stuff inside makes it over 5mm thick, put a large letter stamp on it.

For the stamped addressed envelope you send for your bib:

Don't use a padded envelope. The extra thickness will make the envelope too thick for the "large letter" rate.

Don't use anything smaller than C4 (about 32cm x 22.5cm, the size that takes an A4 page unfolded). The extra fold we'll have to put in the bib will make the envelope too thick for the "large letter" rate.

Don't use one of those huge envelopes. They are too big for a "large letter".

This team has been selected to represent England in Canoe Slalom in the 2020 Pan Celtic Cup Events.

Following discussion and consultation towards the end of 2019, the Slalom Committee propose to trial a revised Veterans points system through the 2020 slalom season. 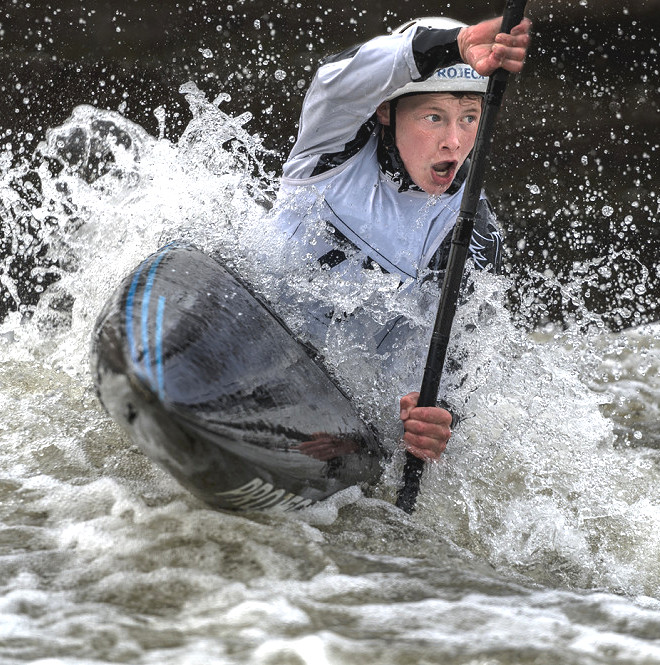 BOA and BC Confirm Olympic Selections

The British Olympic Association and British Canoeing have confirmed that the five canoeing athletes already nominated for the Tokyo 2020 Olympic Games will remain as selected to represent Team GB at the rescheduled Tokyo Olympic Games in July - August 2021.

Liam Heath MBE will compete at his third Olympic Games having won sprint bronze in the K2 200m alongside Jon Schofield in London and silver in Rio before being crowned Olympic Champion in the K1 200m four years ago. The four canoe slalom athletes selected - Mallory Franklin, Kimberley Woods, Adam Burgess, and Bradley Forbes-Cryans, will all make their Olympic debuts in Japan.

The announcement follows the unprecedented decision by the International Olympic Committee (IOC) to postpone the Tokyo 2020 Olympic Games by 12 months, which required British Canoeing to consider and confirm with the BOA that they wished the five nominations to remain unchanged.

The maximum number of team places have been secured in slalom. Canoe sprint athletes have further opportunities to qualify additional Olympic quota places in 2021. Details of the qualification events are still to be confirmed by the International Canoe Federation.

The selected athletes are:

The British Canoeing coaching department will be running a weekly online coaching community of practice videos which you can sign up to and watch, a full news article can be found through clicking on the link HERE>

This meeting will be held online via Google hangouts, so you will need to be able to access this mechanism. If you would like to join the conversation please email for a meeting invite. Places will be restricted by technology.

If you are unable to join us at the time, the conversations will be recorded and available as a download from the British Canoeing Awarding Body digital library, allowing you to catch up when it suits.

Sport England have announced a £195 million package to help sport and physical activity through Coronavirus:

A new £20 million Community Emergency Fund, which is open now for local club and community organisations to bid for grants between £300 and £10,000.

£55 million to support the sector during an ongoing period of restrictions, to fund new and innovative ways to keep people active and then, when it is over, to help organisations get back to business and adjust to a different environment.

A £115 million rollover of current funding into 2021/22 to give certainty to over 100 well established partners who play a vital role in the delivery of sport and physical activity in England, and whose current funding agreements with Sport England run out in March 2021.

The Community Emergency Fund is likely to be of most interest to clubs, so please take a look at the details, eligibility criteria and application process HERE>. The fund is designed to complement other sources of funding from the government, such as those targeted at small businesses. Please consider the funding support that the government has available before you apply to the Community Emergency Fund.

Sport England have just a launched a new Club Matters Coronavirus Page and will update this over the next few days. It provides guidance, toolkits and case studies for you and your clubs.

The 2020 Organisers' Pack is available via THIS LINK>

Get Reinstated or Ranked

Used to paddle slalom? Reckon you could still kick .....? Why not get reinstated and race again? Or you'd like to have a shot at another class, or you're just a good paddler who's never got into slalom? Here's a form to make applying for reinstatement/ranking easy.

2020 Junior, U23 and Senior Selection Policies>

As an International Panel we wanted to write concerning the recent decision to cancel upcoming selection races for the 2020 International season. MORE>